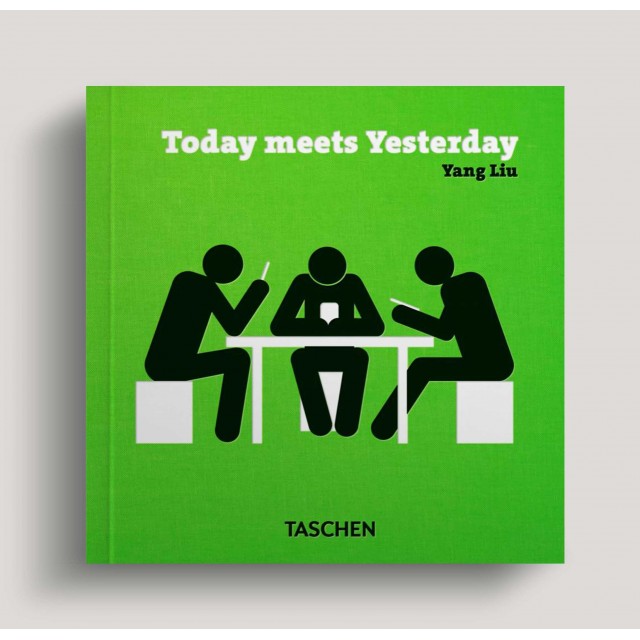 Leading graphic designer Yang Liu brings the way we were face to face with the way we are. Reissued in four languages, Today meets Yesterday deploys vivid pictogram pairings to explore the transformations, and the challenges, of our ever-evolving world.

Liu has made her name with a combination of graphic precision and incisive observation of behavior patterns. In Today meets Yesterday, her eye for tastes and trends takes ambitious scope, juxtaposing past with present to explore fundamental shifts in society. Along the way, we encounter the tussle between competing ideologies, historic and current global dangers, our interaction with the environment, and the wholesale impact of technology on our ways of living, learning, and loving, from online retail to the rise of the “smombie.”

With an eye on everything from geopolitics to concentration spans, Liu’s panorama incorporates the details of daily experience as much as the momentous happenings in history. Through Facebook, food waste, collectivism, and much more, Today meets Yesterday casts the familiar situation in a crisp and discerning light, bringing fresh awareness, as well as some ironies, to who we are and where we came from.

Yang Liu was born in 1976 in Beijing. After studying at the University of Arts Berlin (UdK), she worked as a designer in Singapore, London, Berlin, and New York. In 2004 she founded her own design studio, which she continues to run today. In addition to holding workshops and lectures at international conferences, she has taught at numerous universities in Germany and abroad. In 2010 she was appointed a professor at the BTK University of Applied Sciences in Berlin. Her works have won numerous prizes in international competitions and can be found in museums and collections all over the world.