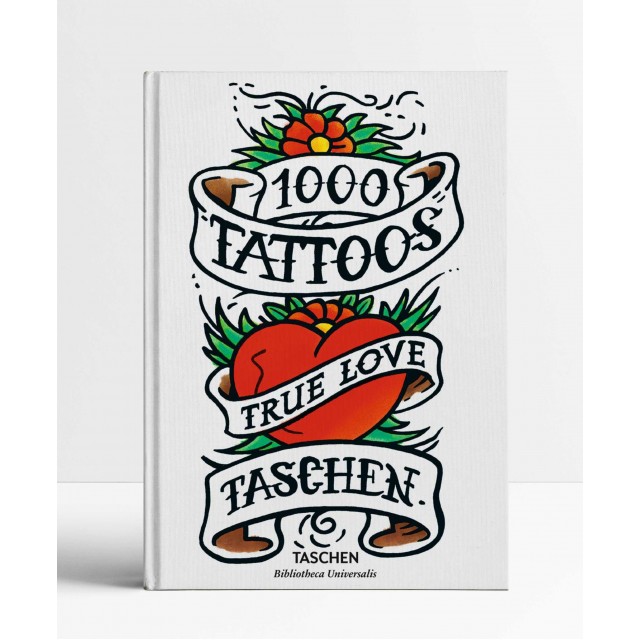 Whether you’re thinking of getting a tattoo or just want to see to what lengths others have gone in decorating their bodies, this is the book to check out.

1000 Tattoos explores the history of the art worldwide via designs and photos—from 19th-century engravings to tribal body art, from circus ladies of the ’20s to classic biker designs.

Amsterdam-based tattoo artist and historian Henk Schiffmacher is a living legend in the tattoo world. Traveling the world since the 1970s, Schiffmacher has amassed one of the largest collections of contemporary and historical tattoo ephemera in the world, known as the Schiffmacher Tattoo Heritage.

He has tattooed many rock and pop stars, and his tattoo shop attracts countless tattoo pilgrims. A director and writer, he has published over twenty books, including TASCHEN’s 1000 Tattoos, and designed for many brands.

In 2017, he was decorated by the king and queen of the Netherlands as an Officer in the Order of Orange-Nassau, a Dutch order of chivalry and the highest recognition given to a civilian.