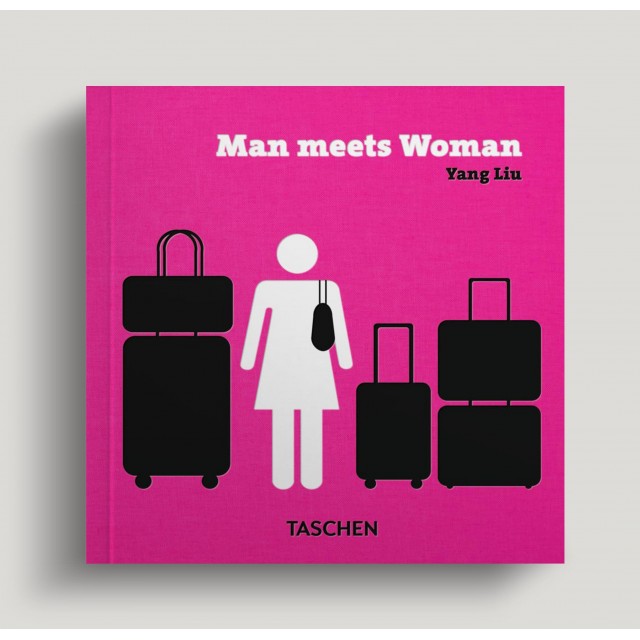 Imagine a setting in which a man wearing a dress might be as habitual as a woman in trousers. Where a woman exposing herself in public wasn’t sexy, but as creepy as a male flasher. Where professional status and success presented the same prospects for both sexes.

In this volume in her series for TASCHEN, leading graphic designer Yang Liu tackles one of the hottest, and one of the oldest, topics of all: he and she. Drawing on the experiences, challenges, and many perspectives on men and women she has encountered in her own life, Yang Liu distills the vast, swirling question of gender into bold, binary pictograms.

Dealing with a whole host of situations from the bedroom to the boardroom, Yang Liu’s designs are as simple and accessible in their presentation as they are infinite in the associations, evocations, and responses they elicit.

Combining age-old stereotypes with topical discrepancies, this fresh approach to the roles and relationships of men and women is, above all, an effort to synthesize a notoriously thorny issue into a fun and refreshing graphic form, and thus to lighten and enlighten our mutual understanding and tolerance.

Yang Liu was born in 1976 in Beijing. After studying at the University of Arts Berlin (UdK), she worked as a designer in Singapore, London, Berlin, and New York. In 2004 she founded her own design studio, which she continues to run today.

In addition to holding workshops and lectures at international conferences, she has taught at numerous universities in Germany and abroad. In 2010 she was appointed a professor at the BTK University of Applied Sciences in Berlin. Her works have won numerous prizes in international competitions and can be found in museums and collections all over the world.