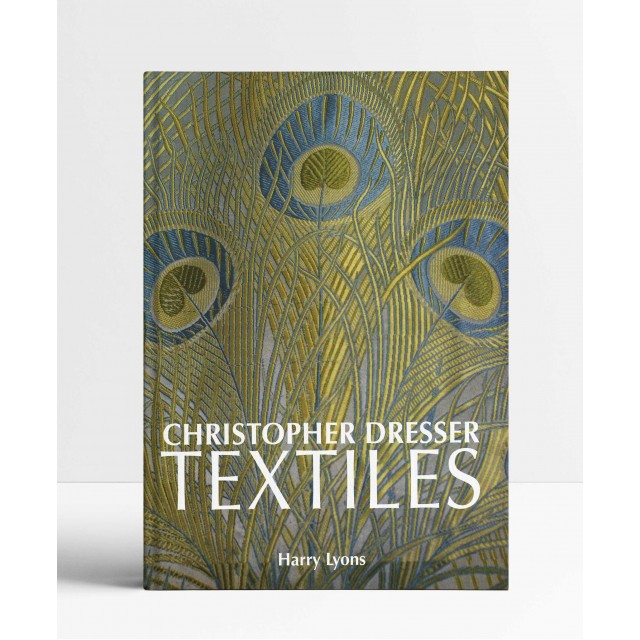 Dr Christopher Dresser is best remembered for his pioneering advances in design and associated technology. In the new industrial world of the nineteenth century, Dresser was the first designer to understand that machinery was a good servant but a poor master; he made it his business to understand how machines worked.

His success gained him credibility. Dresser became a sought-after consultant to several textile manufacturers, most notably Barlow & Jones, Tootal, Warner & Sons, Turnbull & Stockdale, and Wardle, which allowed him to establish the largest design practice in Britain by 1870.

Equally, it was his success in promoting textiles at affordable prices that attracted his popular following in the press. Unlike his contemporaries, he was interested in making designs available to everyone.

However, Dresser is less celebrated in comparison to other designers of the era, such as William Morris, because Dresser was obliged to abandon this campaign to improve British taste due to an unexplained illness in the early 1880s.

At the same time, Morris was expanding his business just as the Arts and Crafts movement was beginning to gain momentum.

Despite being the first Victorian to address the decorative needs of all the population, there is a severe lack of appreciation for Dresser’s work - whose influence can be found in many textiles that we take for granted today. This book redresses that balance, giving Dresser the monograph he deserves.