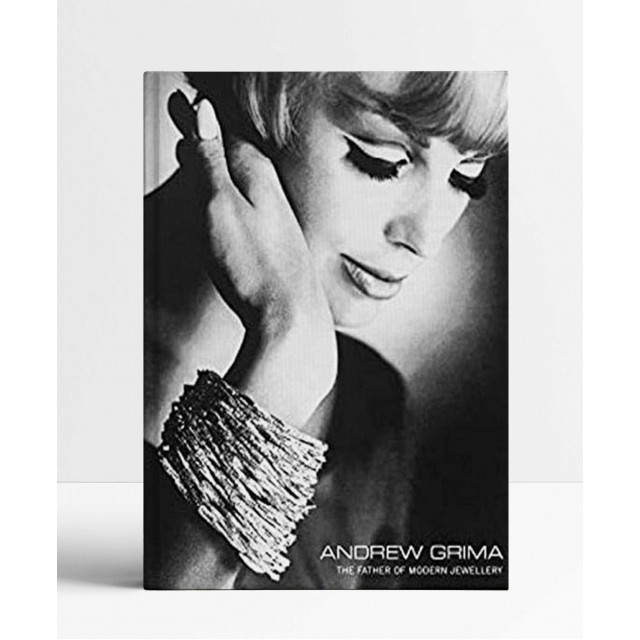 “Since discovering the work of Andrew Grima, I have not only become a collector of his exquisite creations, I have also become one of the many to be inspired by his unique and inimitable designs. Each piece of jewellery, each watch, each object is a sculpture.” - Marc Jacobs

The father of modern jewelry, the golden engineer, the King of Bling... These are just some of the epithets assigned to Andrew Grima, the British genius who marched in the vanguard of a 1960s London-based movement that created a new vocabulary for jewelry design.

Jeweler to the royals and the jet set, to the rule makers and the tastemakers, Grima was a feted celebrity who appeared on talk shows, in Pathé newsreels and in advertisements for Canada Dry. He won The Queen’s Award for Export, The Duke of Edinburgh’s Prize for Elegant Design and a record 11 De Beers Diamonds International Awards (the ‘Oscars’ of the jewelry world).

This book illuminates the career of a man who participated in a golden age of British creativity. It contains a dazzling array of never-before-seen sketches, designs and photographs from the Grima archives and includes a sparkling preface from the doyen of jewelry experts, TV celebrity Geoffrey Munn. A must-buy publication for art and jewelry lovers alike.