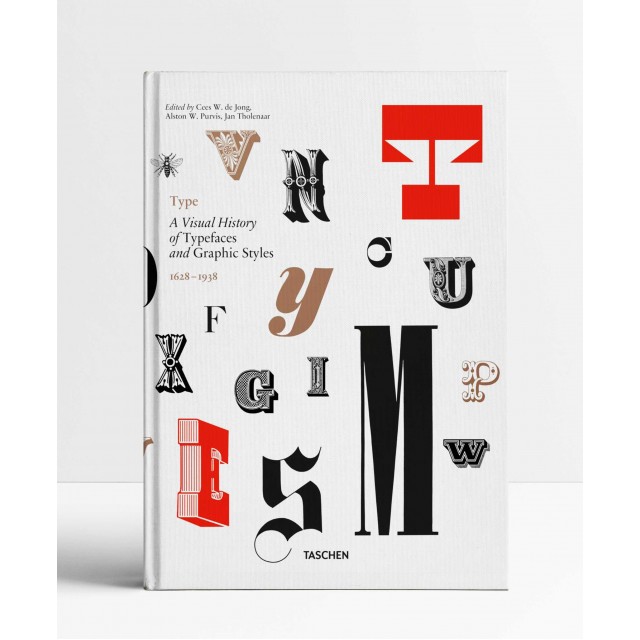 This comprehensive collection offers a thorough overview of typeface design from 1628 to the mid-20th century. Derived from a distinguished Dutch collection, a series of exquisitely designed catalogues traces the evolution of the printed letter via specimens in roman, italic, bold, semibold, narrow, and broad fonts. Borders, ornaments, initial letters, and decorations are also included, along with lithographic examples, letters by sign writers, inscription carvers, and calligraphers.

The editors and authors

Cees W. de Jong is a designer and publisher based in Naarden, the Netherlands. He has published numerous books on design, architecture, art and graphic design, and is now working as a design/publishing consultant and author.

Alston W. Purvis is professor of the visual arts division of the School of Arts at Boston University, USA. He is also the author of many books on graphic design.

Jan Tholenaar was a collector of the printed letter in all its various incarnations; especially in the form of design catalogs and specimen books. He lived in Amsterdam, where he passed away in 2009.