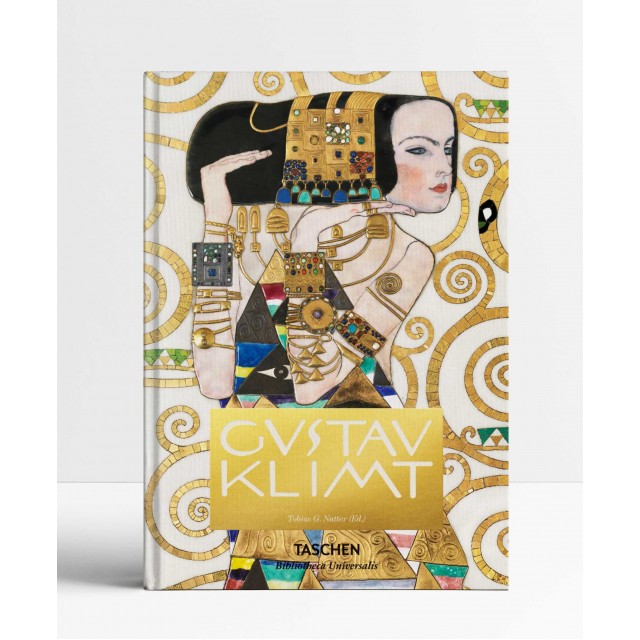 A century after his death, Viennese artist Gustav Klimt (1862–1918) still startles with his unabashed eroticism, dazzling surfaces, and artistic experimentation.

In this neat, dependable monograph, we gather all of Klimt’s major works alongside authoritative art historical commentary and privileged archival material from Klimt’s own archive to trace the evolution of his astonishing oeuvre.

With top-quality illustration, including new photography of the celebrated Stoclet Frieze, the book follows Klimt through his prominent role in the Secessionist movement of 1897, his candid rendering of the female body, and his lustrous “golden phase” when gold leaf brought a shimmering tone and texture to such beloved works as The Kiss and Portrait of Adele Bloch-Bauer I, also known as The Woman in Gold.

The editor and author

Tobias G. Natter is an internationally acknowledged expert on art in “Vienna around 1900.” For many years he worked at the Austrian Belvedere Gallery in Vienna, latterly as head curator. He also worked as guest curator at the Tate Liverpool, the Neue Galerie New York, the Hamburger Kunsthalle, the Schirn in Frankfurt am Main, and the Jewish Museum in Vienna.

From 2006 to 2011, he directed the Vorarlberg Museum in Bregenz, and from 2011 to 2013 was director of the Leopold Museum in Vienna. In 2014 he founded Natter Fine Arts, which specializes in assessing works of art and developing exhibition concepts. He is the author of TASCHEN’s Gustav Klimt. Complete Paintings, Art for All.