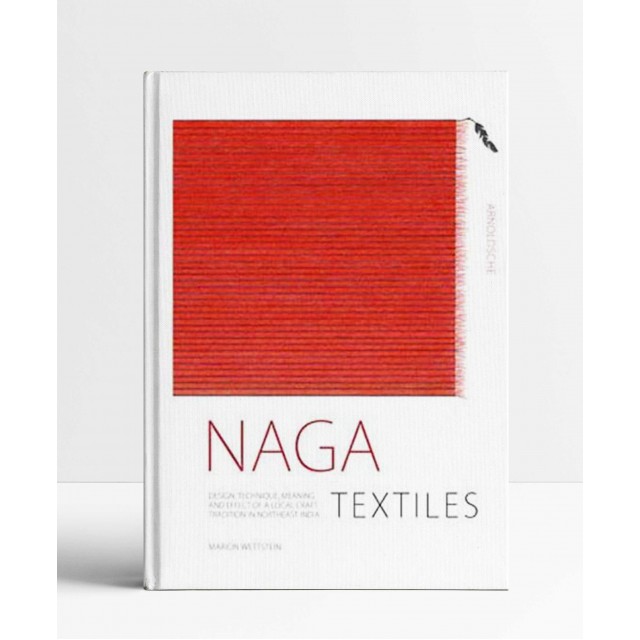 With their geometric and often minimalistic patterns, the fascinating traditional fabrics of the Nagas provide an unparalleled exception in India‘s world of textiles. In this monograph, Marion Wettstein deciphers the cultural meaning of textile design in a scholarly precise way, capturing their idiosyncratic aesthetic in colour pencil and watercolour.

The focus of this comprehensive work is the aesthetics and the decryption of the ‘language’ of the textiles of the Nagas, a group of tribal local cultures in the north-east of India and the north-west of Burma, who in former times fascinated with their spectacular material culture and practice of head-hunting.

For more than ten years, anthropologist Marion Wettstein has systematically been drawing the traditional fabrics, and researching their design, production techniques, meaning and contemporary transposition into fashion.

More than 60 colour pencil drawings and 180 watercolours on the morphology of the textile samples are considered by the author to be not just an artistic translation but in particular visual argumentation. So her work is, alongside its pursuit of the textiles’ design, also a plea for ethnographic drawing as a scientific method.

Textile techniques are examined as craft and embedded in the history of Northeast India, which has been shaped in the modern era by colonialism and an armed struggle for independence.

While the work shows how the textile patterns are laden with meaning of a complex system of status and social structure, it also illuminates what is understood by these concepts in the context of the Nagas and to what extent they are also constructs of colonial and scientific intervention.

Conceptual considerations on the relationship between man, object and design ultimately lead to the local ethnic fashion scene, in which the fascinating effects of the fabrics today come into its own once again.