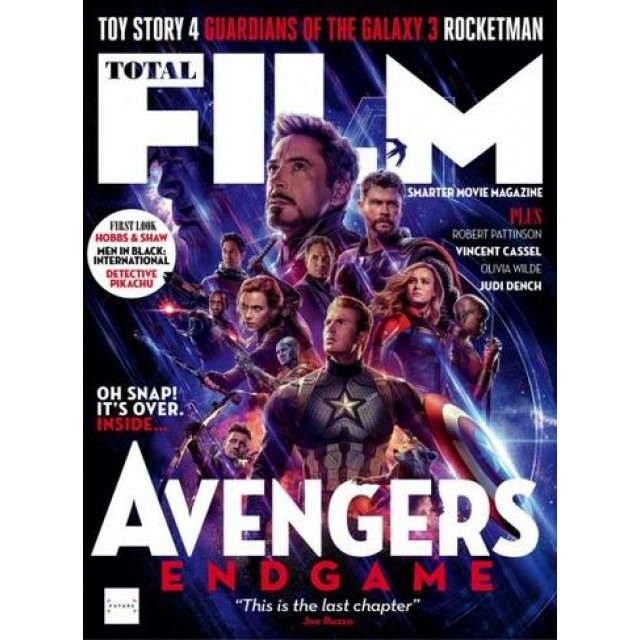 Total Film is a British film magazine published 13 times a year (published monthly and a summer issue is added every year since issue 91, 2004 which is published between July and August issue) by Future Publishing. The magazine was launched in 1997 and offers cinema, DVD and Blu-ray news, reviews and features. Total Film is available both in print and interactive iPad editions.

Each month, Total Film provides a range of features, from spotlight interviews with actors and directors, to making of and on-set pieces for new and future releases. Each issue always includes the ‘Total Film Interview’, which is a six-page in-depth chat with an actor or director, along with a critique of their body of work.