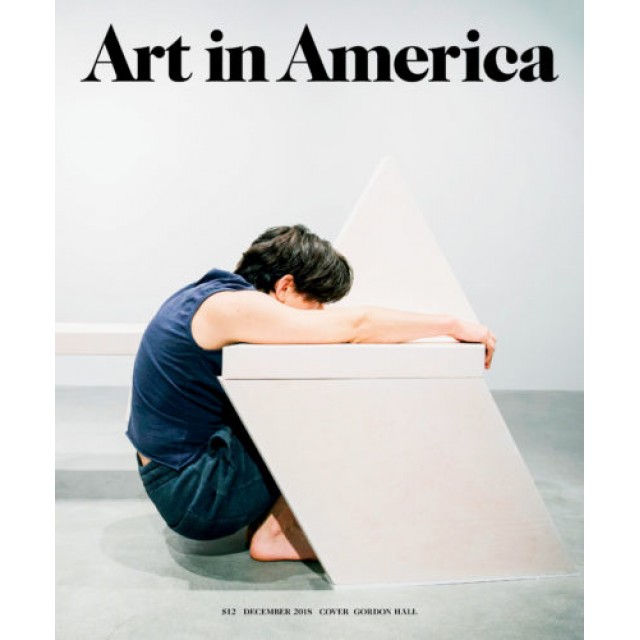 Art in America is an illustrated monthly, international magazine concentrating on the contemporary art world in the United States, including profiles of artists and genres, updates about art movements, show reviews and event schedules. It is designed for collectors, artists, art dealers, art professionals and other readers interested in the art world. It has an active website, ArtinAmericaMagazine.com.

Founded in 1913, Art in America covers the visual art world, both in the United States and abroad, with a concentration on New York City and contemporary art fairs. Between 1921 and 1939 the magazine was published under the title Art in America and Elsewhere.

A number of well-known artists have been commissioned to design special covers for the magazine. Edward Steichen did one for its 50th birthday; Alexander Calder, Robert Rauschenberg, Roy Lichtenstein and Robert Indiana also created covers. For its 100th birthday the magazine planned special covers by Richard Prince, Cindy Sherman, and Urs Fischer.

Long-time editor Elizabeth C. Baker, who led the magazine for 34 years, resigned in June 2008 and was replaced by staff senior editor Marcia E. Vetrocq. She served as editor until January 2011. During her tenure, the magazine was re-designed, its international coverage expanded, and a website launched. Art market blogger and Bloomberg reporter Lindsay Pollock was named editor-in-chief in January 2011. Pollock announced that she was leaving in April 2017. Cynthia Zabel joined Art in America in 2005 as advertising director, and in 2008 was named publisher.