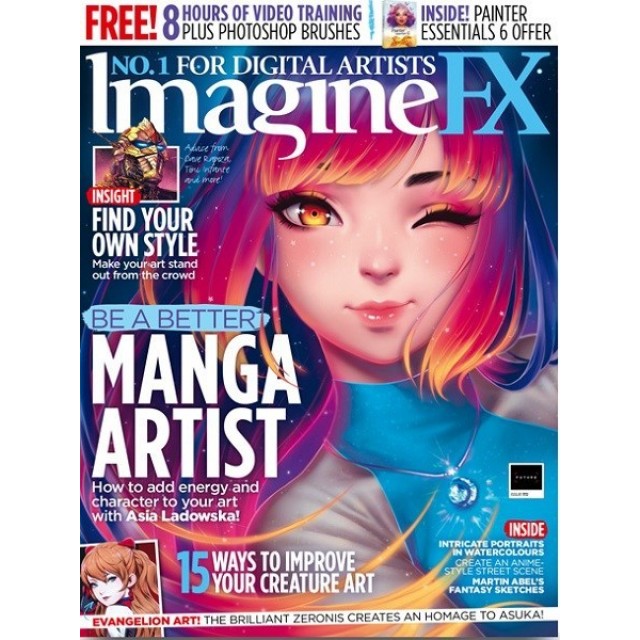 ImagineFX is a digital art magazine that features workshops and interviews with artists from the science fiction, fantasy, manga, anime, game and comic disciplines. Published in Bath, UK by Future plc since January 2006, the main focus of ImagineFX is the workshops featured in the second half of the magazine, which is published on a monthly basis.Artists such as Ryan Church, Jonny Duddle, Martin Bland and Henning Ludvigsen contribute to the magazine. The magazine come with a DVD but has since switched to digital downloads that includes the workshop files that relate to the tutorials in the magazine, program demos, free fonts, textures, images and Photoshop brushes. It also has small segments of traditional and 3D art.

Each month the magazine features an interview with artists such as Alan Lee, Larry Elmore, Frank Frazetta and Jim Burns. Featurs such as “Rising Star”, “Artist Porfolios” and reader galleries showcase the work of up-and-coming artists.

ImagineFX is the only magazine for fantasy and sci-fi digital artists. Each issue contains an eclectic mixture of in-depth workshops from the world’s best artists, galleries and interviews, features, community news, software and hardware reviews, and the latest sci-fi and fantasy films and comics.