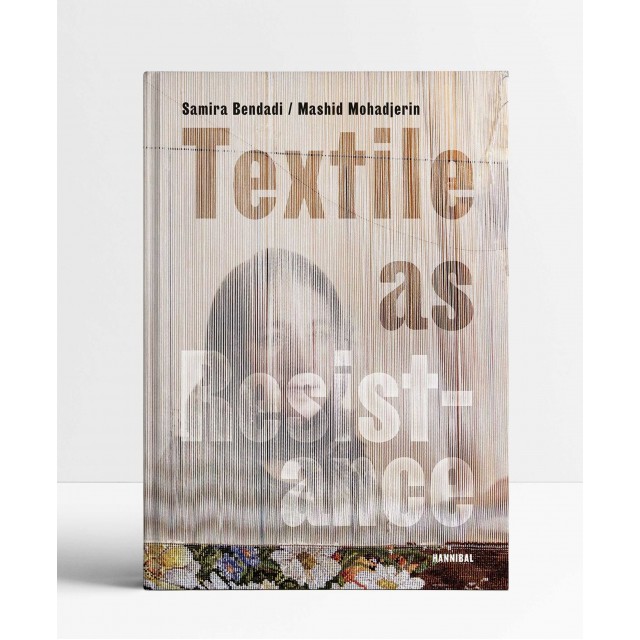 Textile is a vector of identity - something more important than ever in times of war and crisis in particular. It is connected to the body it covers like a second skin. It both conceals and reveals, and contains a history and iconography whose roots often lie deep in a culture’s customs and traditions.

As part of its extramural program, and in collaboration with award-winning photographer Mashid Mohadjerin and journalist Samira Bendadi, Antwerp Fashion Museum (MoMu) have created a new exhibition and accompanying publication on the importance of fabric and clothing to issues of public concern today, such as migration, resistance, tradition, spirituality and decolonization.

The focus is on nine stories of people whom curators Bendadi and Mohadjerin - in whose own personal stories migration features prominently - met during their travels to Paris, Antwerp, Lebanon, Africa, Morocco and Iran.

Sometimes the stories are warm and moving; at other times they are tough and heart-wrenching. In them, textile embodies the ideas and emotions coupled with forced or voluntary departure, the yearning for what has been lost, letting go and holding on.

This storytelling and photography exhibition will run from 15 November 2019 until 16 February 2020 at Texture Kortrijk, and will travel on to Kunsthal Extra City Antwerp in spring 2020.

Samira Bendadi has been writing for Mo* since 2004, specializing in North Africa and the Middle East and reporting on issues relating to migration, asylum and diversity. She is a reporter and has worked as a freelance journalist for Knack and De Standaard. Her book Dolle Amina’s.

Feminisme in de Arabische wereld was published in 2008.Mashid Mohadjerin is an Iranian-Belgian photographer who publishes in leading international magazines. In her work she explores the boundaries between artistic and documentary photography. In 2009, she won the World Press Photo Award with a photo of refugees travelling by boat.