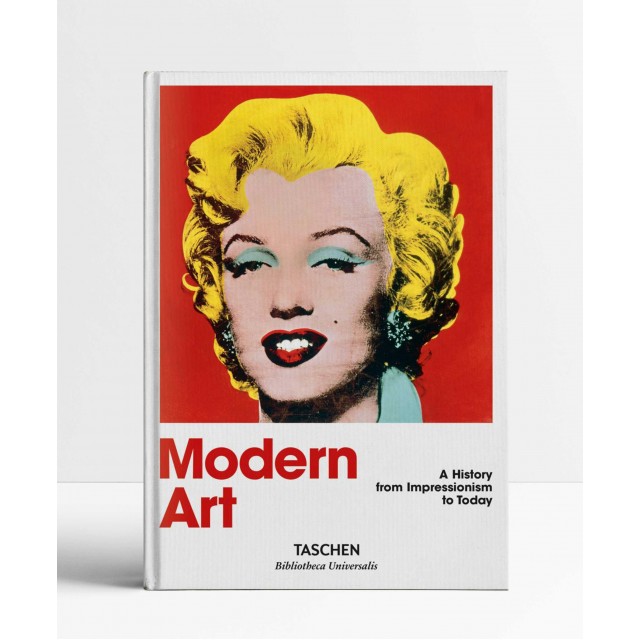 Most art historians agree that the modern art adventure first developed in the 1860s in Paris. A circle of painters, whom we now know as Impressionists, began painting pictures with rapid, loose brushwork. They turned to everyday street life for subjects, instead of overblown heroic scenes, and they escaped the power of the Salon by organizing their own independent exhibitions.

After this first assault on the artistic establishment, there was no holding back. In a constant desire to challenge, innovate, and inspire, one modernist style supplanted the next: Symbolism, Expressionism, Futurism, Dada, abstract art, renewed Realism, Surrealism, Abstract Expressionism, Pop, Minimal and conceptual practice.

This indispensable overview traces the restless energy of modern art with a year-by-year succession of the groundbreaking artworks that shook standards and broke down barriers. Introductory essays outline the most significant and influential movements alongside explanatory texts for each major work and its artist.