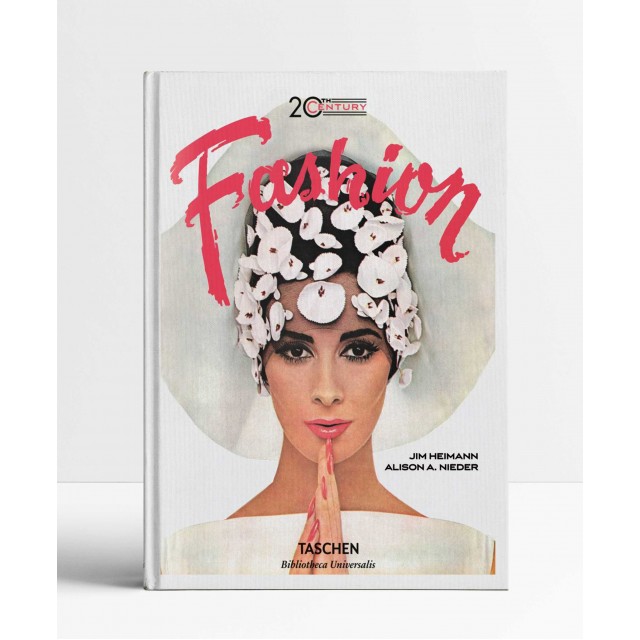 The 20th century saw fashion evolve from an exclusive Parisian salon business catering for the wealthy elite into a global industry employing millions, with new trends whisked into stores before the last model has even left the catwalk.

Along the way, the signature silhouettes of each era evolved beyond recognition. For women, House of Worth crinolines gave way to Vionnet’s bias-cut gowns, Dior’s New Look to Quant’s Chelsea Look, Halston’s white suit to Frankie B.’s low-rise jeans. In menswear, ready-made suits signaled the demise of bespoke tailoring, long before Hawaiian shirts or skinny jeans entered the game.

20th-Century Fashion offers a retrospective of the last hundred years of style via 400 fashion advertisements from the Jim Heimann Collection. The images trace not only the changing trends but also the evolution in their marketing and audience, as fashion was adopted into popular culture and the mass market, decade by decade. An in-depth introduction and illustrated timeline detail the style-makers and trendsetters, and how historic events, design houses, retailers, films, magazines, and celebrities shaped the way we dressed—then and now.

Alison A. Nieder has worked in fashion since 1985, in retail, apparel production, and as a fashion business journalist. She is executive editor of California Apparel News, a fashion trade publication covering the West Coast apparel and textile industries.

Jim Heimann is the Executive Editor for TASCHEN America. A cultural anthropologist, historian, and an avid collector, he has authored numerous titles on architecture, pop culture, and the history of Los Angeles and Hollywood, including TASCHEN’s Surfing, Los Angeles. Portrait of a City, California Crazy, and the All-American Ads series.